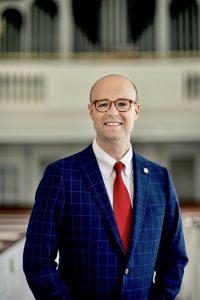 and Apologetics at The Southern Baptist Theological Seminary. An Associate Dean in the School of Theology, he is also the Executive Director and a Fellow of the Carl F. H. Henry Institute for Evangelical Engagement. He serves as the Executive Editor of Eikon: A Journal for Biblical Anthropology, a publication of The Council for Biblical Manhood and Womanhood and is a Contributing Editor at Public Discourse, the Journal of the Witherspoon Institute. He is also a monthly columnist at Christianity Today.

A sought-after speaker and cultural commentator, Walker researches and writes about the intersection of Christian ethics, public theology, and the church’s social witness. His academic research interests include anthropology, natural law, church-state studies, and social conservatism. The author or editor of over ten books, he is passionate about helping Christians understand the moral demands of the gospel. His analysis has been cited among such outlets as the New York Times, The Los Angeles Times, and Vox. He writes regularly for such outlets as National Review, The Gospel Coalition, and Public Discourse. He is the author of the award-winning God and the Transgender Debate, Marriage Is, and a forthcoming volume on religious liberty from Brazos Press titled Liberty for All: Defending Everyone’s Religious Freedom in a Secular Age. He is also an editor of the forthcoming volume Explorations in Baptist Political Theology.

He has a Bachelor of Arts degree in Religious Studies from Southwest Baptist University. He received his Master of Divinity, Master of Theology, and Doctor of Philosophy in Christian Ethics from The Southern Baptist Theological Seminary in Louisville, KY. An avid long-distance runner, Andrew resides in Louisville, Kentucky with his wife and three daughters.